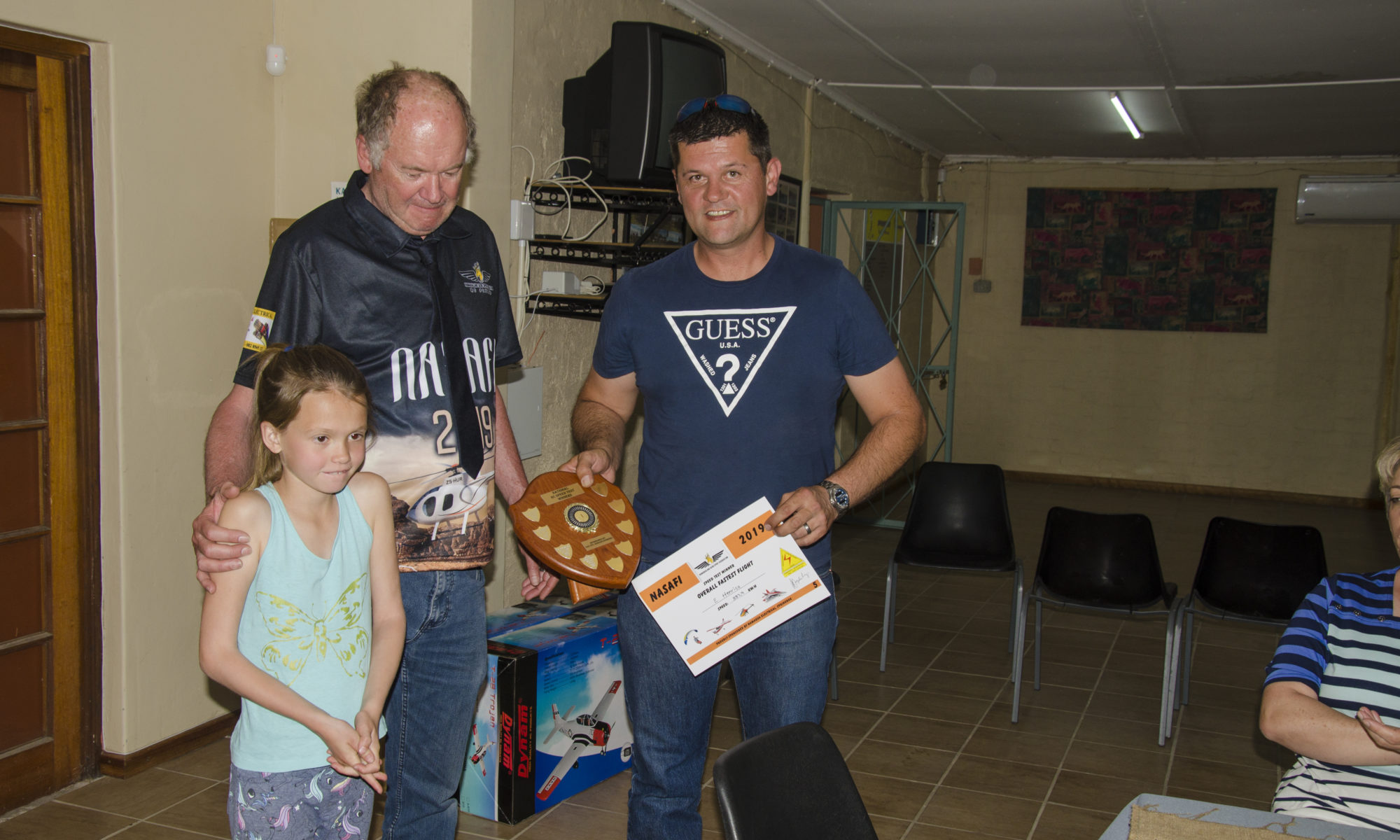 As you might know, Nasafi hosts the annual National RC Speed testing.

Speed testing starting during 2014 within the Club Aerobatics activity at Pretoria Radio Flyer. Andre van Huysteen drove this stream and came up with a computer system with ”gate keepers” A button was pressed when the craft goes past the start and finish beacons, 200m apart. This technology was employed at Nasafi 2015 and that was the first National Speed testing activity. Key to remember is that this is the dream of Andre van Huysteen.

Early in 2016, Peter Rossouw, with Carlo Steyn and Louis van Muylwyk, purchased and put together the Sleipner system which utilises 2 cameras for sensing and average speed calculations. At Nasafi 2016 both the systems were used but it was obvious that the Sleipner system was the way forward with all documented results being used as final results.

In the mean time Andre van Huysteen upgraded his develpment to include camaras and address the shortfalls within the Sleipner system. By now this system was known as the “Speed Anti” The mentioned shortfalls are all functional/cosmetic with no bearing on accuracy.

During Nasafi2017 both Speed Aunti and Sleipner was employed but Speed Aunti had some minor issues and the official results came from Sleipner yet again. Hence, as it stands right now, Sleipner is the preferred equipment used for Speed Testing.

In 2018 both systems were used again with improved results and we assume 2019 will deliver consistent results from both systems.

In the mean time, the so called Speed Aunti got a real name and official web site. Feel free to visit Peregrine at https://peregrine-speed.com/

What is speed testing all about?

The short and sweet version is: the pilot takes of and do 4 legs, two one direction and 2 in the other direction. over a 200 meter stretch. We are not interested in landing etc. The official FAI rules are way more involved but let us first get going that formalize as we make progress.

The Classes applicable as it stands right now

By now we are starting to make it more formal as we grow the activity. The key issue is a safety concern with respect to jets. At full speed, and knowing the pilots are pushing the limits, we  had to introduce slight changes. All other speed flying as usual but only the jets are moved to the end of the runway. This will be the first year and there are some issues we need to test but the basic idea is to do a horizontal turn at least the one side. This comes from some SAMAA research with other international record holders and it can lead to a long discussion but we keep it short. This will be a logistical nightmare but we will resolve it one way or the other in true Nasafi spirit. I assume we might be able to update as it would be better so test at the venue but this should be no problem at all, just be aware and rather contact us if in doubt to ensure we play ball all the time above board and on the high ground. Safety is number 1 and that is how it is.

Let us assume something go wrong..then the amount of Kinetic energy can give you an idea of what kind of trouble you can expect. I am just doing some comparisons of difference in Kinetic Energy.